Manchester City were the top dogs in one of the most unique Premier League seasons to date. The 2020-21 campaign, which started in September, just weeks after the campaign before, was a gruelling year for all 20 clubs, but we were treated to a fantastic season in England’s top tier. Pep Guardiola took Man City to another title, while rivals Manchester United finished runners-up under Ole Gunnar Solskjaer.

Leicester City missed out on UEFA Champions League qualification on the final day for a second season running, while West Ham United were the surprise package, as David Moyes guided the Hammers to sixth spot and a place in the 2021-22 UEFA Europa League. Newly promoted Leeds United enjoyed a stunning first season back in the Premier League, finishing in ninth, but fellow promoted sides Fulham and West Bromwich Albion suffered instant returns to the EFL Championship and in fairly dismal fashion too.

Man City made a sluggish start, to say the least, to the 2020-21 Premier League season, picking up just three wins from their opening eight matches. Along the way, they were beaten twice, being hammered 5-2 at home to Leicester City on matchday two and suffering a 2-0 defeat at Tottenham Hotspur in game eight.

However, the Citizens really kicked on after the defeat to Spurs, going on to win 17 and draw two of their following 19, including 15 wins on the trot from November to March.

Pep’s troops also won the EFL Cup in April, beating Tottenham 1-0 at Wembley Stadium and as in other recent seasons there was early talk of a quadruple. They ended their league season with a 5-0 home victory over Everton in May, with the outgoing Sergio Aguero scoring a double in his final Premier League match in a City shirt.

A week after that, though, they were beaten by Chelsea in the 2021 UEFA Champions League final, meaning the Argentine legend was denied the perfect end to his City career. 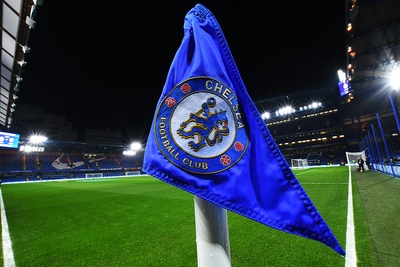 After arriving in London in January to replace the sacked Frank Lampard, German Thomas Tuchel turned Chelsea’s season around.

After a 2-0 loss at Leicester City on 19th January, in what turned out to be Lampard’s last match in charge, Chelsea were languishing in eighth place, five points away from the top four. However, Tuchel took the Londoners to fourth, winning 11 of 19 Premier League matches.

The Blues were denied by Leicester in the FA Cup final, having beaten Man City in the semis, but Chelsea’s season ended with a superb Champions League final victory over Pep’s troops at the Estadio do Dragao. It was a tight final in Porto, with Kai Havertz netting the only goal of the game in the 42nd minute.

It was Chelsea’s first Champions League triumph since beating Bayern Munich in 2012 and their second overall, and nobody could argue they didn’t deserve it against a strangely under-par City.

West Ham had a season to remember in the Premier League in the 2020-21 campaign as David Moyes proved his many doubters wrong.

They threatened to gate-crash the top four party but a run of three defeats in four in April and May put paid to those chances. Nevertheless, the Hammers secured their spot in the 2021-22 Europa League with wins over West Brom and Southampton in their last two.

West Ham won half of their 38 Premier League fixtures, drawing eight and losing 11 of the other 19. The east Londoners finished above the likes of Tottenham, Arsenal and Everton.

United also scored an impressive 62 goals and played some good football whilst also being very hard to beat. Can Moyes establish the Hammers as a top-eight regular as he did with Everton? 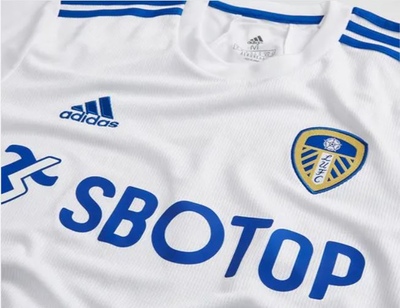 Leeds were making their first appearance in the top flight since the 2003-04 season. The Whites won the 2019-20 Championship title to book their place in the 2020-21 Premier League.

Leeds settled in quicky, narrowly losing at Liverpool whilst impressing many neutrals, before back-to-back wins over Fulham and Sheffield United.

Marcelo Bielsa’s boys went on to win 18 times and score 62 goals in a remarkable season back in the big time. They beat the likes of Everton, Leicester, Man City and Tottenham as well taking points away from Arsenal, Chelsea, Liverpool and Man United.

The Yorkshire side ended in ninth with an outstanding 59 points to their name. As well as their excellent points total they were also the division’s entertainers, their games seeing 116 goals.

Like Leeds, Aston Villa also defied the relegation odds to finish in mid-table. The Villans survived by the skin of their teeth in the 2019-20 season, staying up on the final day of the campaign. However, they were nowhere near the bottom three this term and topped the table in the early parts of the season.

The highlight of their year came early on when they thumped 2019-20 Premier League champions Liverpool, who were at full strength for the clash. Villa ran riot on their own patch on 4th October, with the excellent Ollie Watkins scoring a first-half hat-trick in a memorable 7-2 romp over the Reds – Jack Grealish (2), John McGinn and former Everton man Ross Barkley were also among the scorers.

It was the joint highest-scoring game of the season along with Man United’s 9-0 triumph over Southampton. 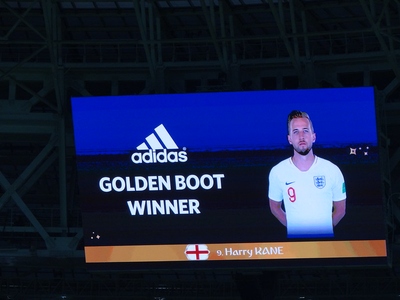 Harry Kane fired 23 goals for Tottenham to win the 2020-21 Premier League Golden Boot. The England ace was a bright spark in what was a mediocre campaign for the Lilywhites, as he also finished top of the assist chart with 14. That double was an incredible achievement and showed Kane’s evolution into a mix of an out-and-out nine and occasional number 10.

The Spurs forward beat Liverpool’s Mohamed Salah to the Golden Boot by just one. Bruno Fernandes had an incredible first full season at Old Trafford, with his 18 goals and 12 assists helping the Red Devils to a second-place finish.

Patrick Bamford made a superb impact on his Premier League return, scoring 17 times for Leeds but that was not enough for him to get into the England squad ahead of Everton’s Dominic Calvert-Lewin, who scored 16. Ilkay Gundogan was Man City unlikely top scorer, as the German netted just 13 goals for the champions, indicative of just how many regular scorers the champions had.

Leeds were the only promoted team to avoid the drop this season. Bielsa’s troops finished in the top half, while West Brom and Fulham suffered an instant return to the Championship. Burnley, who finished 17th, were 11 points clear of the final relegation place.

The race for the European positions went to the wire, with Leicester missing out on Champions League football again. On the final day, Tuchel’s Chelsea took the fourth and final place. Liverpool made a woeful attempt of defending their title, but a late surge saw Jurgen Klopp’s men nick third spot.

Which Teams Were Relegated?

Sheffield United were the first team to be relegated to the second tier. The popular Chris Wilder lost his job in March, but the damage was already done by that point. Despite their brilliant showing in 2019-20, the Blades really suffered from second-season syndrome and lost 15, and drew two of 17 before their first win of the season against Newcastle United on 12th January. They did end with three wins from their last six, though.

Sam Allardyce improved West Brom when he took over at The Hawthorns in December, but the Baggies were well off the pace. Albion managed just five wins all season and were beaten 22 times. They finished a whopping 13 points adrift of safety, Allardyce losing his record of never having been relegated as boss.

Fulham had a go at the start of 2021 but ran out of steam in the end. The Cottagers also picked up just five wins, finishing two points above West Brom but a huge 11 behind Burnley. They drew 13 times, with only Brighton & Hove Albion drawing more. They played some nice stuff at times but lacked cutting edge and a little bit of nastiness and once more the Fulham yo-yo has dropped down.

Which Teams Qualified For Europe? 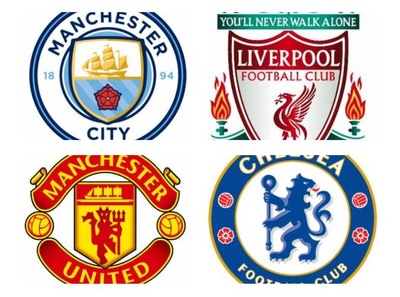 Leicester missed out on Europe’s elite club competition, finishing fifth and taking a Europa League spot for a second season in a row. That must have really hurt given they spent more days inside the top four than any other side in the Premier League. Amazingly over two seasons they were in the top four for 68 out of 71 weeks but failed to be in the right place at the right time to qualify for the Champions league on either occasion.

West Ham were the other team to take a Europa League place. Tottenham qualified for the inaugural UEFA Europa Conference League, beating rivals Arsenal to seventh position on the final weekend.