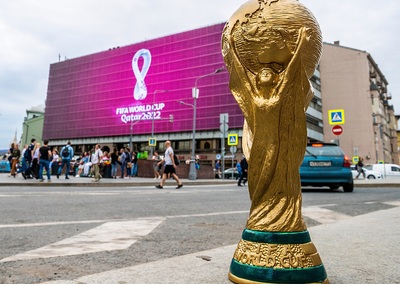 The World Cup is the pinnacle of international football, pitching teams from around the globe against one another during a tournament. It is the competition that international teams most want to be a part of and is seen as the culmination of a career for players that go on to win it. Even those that are incredibly successful at club level, such as Lionel Messi, are viewed as being slightly less of a player if they haven’t won a World Cup.

Part of the reason why bettors love the World Cup as a tournament is that games come thick and fast once it gets underway. There are usually several games a day for the first couple of weeks, with matches only really thinning out once it has reached the business end of things. It is a thrilling competition, with a wealth of different betting options open to those that wish to take advantage of them.

WHEN DID IT START? 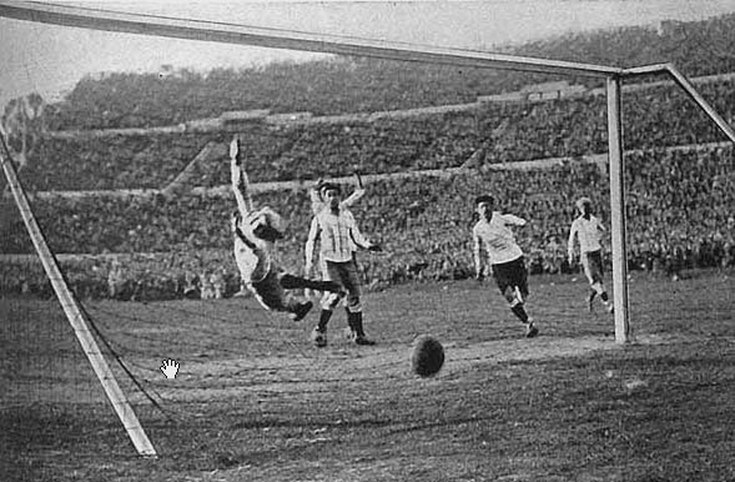 The World Cup was established in 1930, which is quite surprising when you bear in mind that the first international football match took place between Scotland and England in 1872. The British Home Championship was the first international tournament, created in 1884 and seeing the various teams of the British isles go head-to-head. Football was also a demonstration sport at the 1900 and 1904 Summer Olympics.

FIFA was founded as an organisation in 1904, at which point attempts were made to arrange an international tournament for football teams outside of the Olympic framework. Things didn’t really pan out, leading FIFA to recognise the Olympics from 1914 onwards. The success of football at the Olympics led the President of FIFA, Jules Rimet, to look at the organisation staging its own tournament.

It decided that a World Cup would be created at the FIFA Congress in Amsterdam in 1928, with Uruguay chosen as the first hosts. This was because they had won the Olympic gold medal for football twice, as well as the fact that 1930 was the centenary of the country’s independence. Selected teams were invited to the first tournament, with 13 nations choosing to do so and the hosts eventually won.

WHO HOSTS THE WORLD CUP? 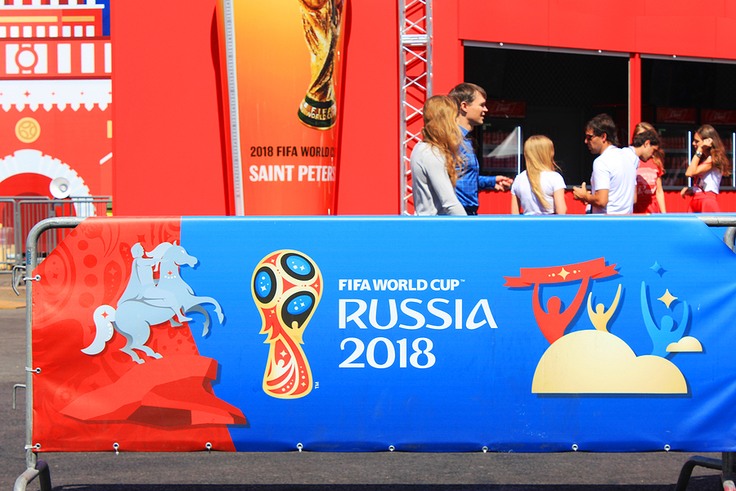 The host nation of the World Cup, which takes place every four years, is decided by countries bidding for the right to host and then chosen according to a vote by the FIFA Council. There is an exhaustive ballot system in place for selecting the host nation, with a group of designated inspectors from FIFA visiting the country to identify whether or not it meets the organisation’s requirements.

The decision regarding which country will host the World Cup is normally done well in advance of it actually taking place. This is done in order to allow the hosts ample time to finish building stadiums and ensure that they are prepared for the influx of football supporters that will arrive to watch the tournament play out. Generally speak, the same confederacy doesn’t host the World Cup in consecutive years.

The number of nations that are invited to take part in the World Cup has changed dramatically since the competition was first established. Because there are so many countries that wish to take part, there have been qualifying tournaments ever since the World Cup in 1934. The tournaments take place in the six FIFA continental zones, which are as follows:

The various zones are given different numbers of places for countries based on the strength of football in the regions, with the exact figure decided upon beforehand. Qualification starts years before the tournament proper, with 32 teams advancing to the final tournament itself. That will remain the case until 2026, at which point a new 48-team format will be used for the first time.

The World Cup proper sees the teams divided into equal groups, playing round-robin format matches against one another. Some teams are seeded, with seeding based on the FIFA World Rankings. This means that they are drawn into separate groups, essentially to ensure that they don’t play each other until the knockout stage. Teams are awarded three points for a win, one for a draw and none in the event of a loss.

At the conclusion of the group stage of the tournament, the top two teams advance to the knockout rounds. This is when the competition becomes a single elimination tournament, with teams going up against one another in one-off matches. Extra-time and penalties can be used to decide the winner, should the two sides be drawing at the end of 90 minutes. The winning side advances to the next round.

This knockout format continues until there are only two sides left, who play in the final to decide the eventual winner. The team that wins the final wins the World Cup and is crowned the world champions. There is also a third-place playoff match between the two teams that lost the semi-final matches. This is usually played before the final, which is the last game of the competition.

Now that we know how the World Cup works and when it was first established, it’s time to have a look at which countries have won the competition in the past. It’s worth bearing in mind that the format of the World Cup hasn’t been the same throughout its history, including how many teams took part. Even so, the winner was still declared the world champion and all World Cups since 1930 are official ones.

BETTING ON THE WORLD CUP

The World Cup is a brilliant tournament for bettors, if for no other reason than the sheer wealth of options that are offered to punters. The fact that the competition begins with a group stage before switching to being a knockout tournament means that even the types of wagers that you can place are varied.

Before a ball has even been kicked in the World Cup you’ll be able to have a think about which team you think is most likely to end up as the winner of the tournament. Form will obviously be a factor, as will the consideration of whether or not the home crowd will be behind a certain team. The quality of the players and the ability of the manager is another thing that you’ll want to bear in mind.

Placing a bet ahead of the tournament even getting underway is tricky, because you’ll have no idea about how well the team you’re betting on is likely to play. Nevertheless, betting ante post on that market should give you decent odds on even the competition favourites. Weigh up all of the options, make sure that you do your research and try not to let sentiment play too big a part in your decision. 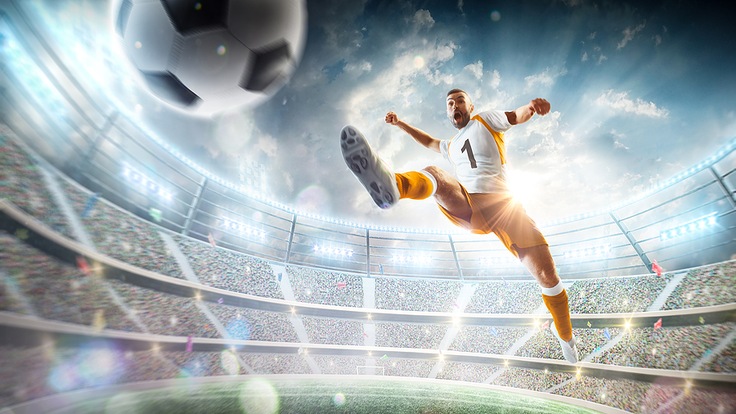 The player that scores the most goals in a tournament is always a fun thing to bet on, not least of all because the odds are usually quite long on most options. Some bookmakers will give you the option of betting on the Top Scorer in the individual groups as well as the person that will score the most goals for their country. Yet it’s the overall Top Scorer that usually gains the most traction.

There are a ton of things you’ll want to think about when placing your bet here, with the relative quality of the teams in each group being one of them. As an example, Harry Kane won the Golden Boot in 2018 after scoring six goals, but three of the England forward’s strikes came against a poor Panama team in the group stage. Is there a player going up against poor teams that’s like to pad their numbers in a similar way?

The final thing worth mentioning is that you need to be careful to note what your bookmaker of choice labels the bet. There is a difference between betting on the Top Scorer and the winner of the Golden Boot, with the latter being an official competition run by FIFA. They will often look at things like assists to decide who won the Golden Boot, should several strikers score the same number of goals.

Once the tournament has reached the knockout stage, the type of bets that you can place on each match changes. You can start to weigh up the manner of victory, for example, so if you think that a team will make it through to the next round on penalties then you can bet on exactly that outcome. Equally you might think they’ll win it in extra-time, so place your wager saying as much.

The other thing to think about is whether you want to keep things simple and just place a bet on the team To Qualify. This is different from match betting because you could bet on England to Win, but lose your bet when the game ends in a draw. England could still qualify by winning in extra-time, but your original wager will be a losing one because Match Betting only counts for the 90 minutes. 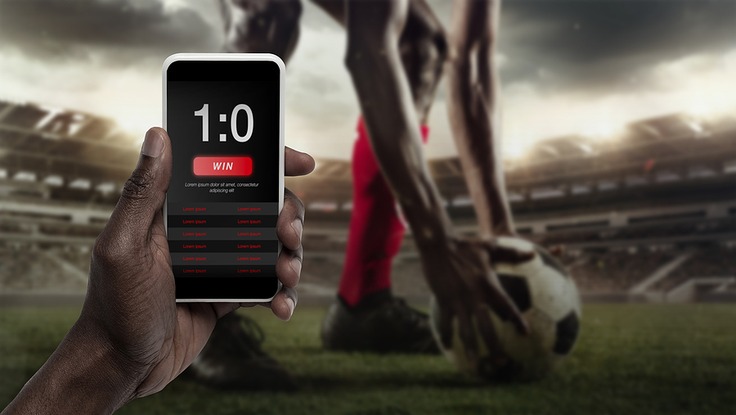 Whilst there are a wealth of bets that specific to the World Cup, it’s also worth remembering that standard match bets can also be placed on every game of the World Cup. This means that the likes of First Goalscorer, Correct Score and Match Betting all comes into play on each individual match that you’re betting on, so follow the usual rules of doing your research and knowing what you’re betting on.

When the knockout stage gets underway, it is vital to remember that your wagers will be on 90 minutes of action and not extra-time and penalties, depending on the bet. The World Cup is also just like any other competition, meaning that certain bookmakers will allow you to bet In-Play, place accumulators on the teams you think will win their games and so on. It’s not just about specialist bets, which is great for punters.