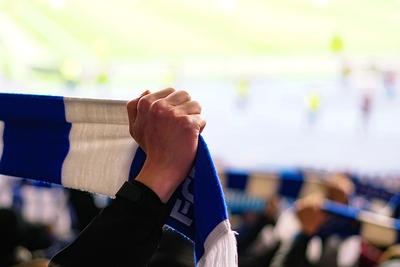 It’s easy to get caught up in the notion that footballers aren’t worth being interested in until they hit their late-teens, early-twenties; after all, that’s the point at which they start to break into the squad of the teams that they play for. Yet the reality is that football clubs themselves start looking for the most talented players at a much younger age, with football academies usually starting a player’s training from the age of nine.

Even that isn’t the age that clubs will start following players from, though. The top clubs have ‘development groups’, which take players on from an even younger point. They can sign a schoolboy contract from the age of nine onwards, potentially joining the Youth Training Scheme when you turn sixteen. It’s no surprise, then, that football supporters are interested to know who will be the next Wonderkid in world football.

LOOKING AT THE NAMES

The key question we need to ask, of course, is what age we can look to and still consider the person to be a ‘Wonderkid’. Phil Foden is only twenty, for example, but he’s already played forty-seven times for Manchester City at the time of writing. He could go on to be a genuine world-beater, but does the fact he’s no longer a teenager and that he’s already played numerous times for his club exclude him from a place on our list?

We’ve decided to introduced the arbitrary cut off point of the player still needing to be a teenager at the time of writing about them in order for them to make the list. Obviously when you’re reading about them will dictate whether it’s relevant. It’s worth bearing in mind that few of the articles about ‘the future of England’ or ‘What will X team look like in 10 years’ every actually feature players that are still relevant further down the line!

With that surname, there was little doubt that Daniel Maldini would make our list of young footballers to look out for. The son of legendary AC Milan captain Paolo Maldini and grandson of former Milan captain Cesare Maldini, there’s an argument that the youngster was destined to be a well-known footballer. Born on the eleventh of October 2001, he joined Milan’s youth system when he was a nine-year-old, progressing through the age groups.

Unlike his defensive-minded father, Daniel Maldini is an attacking midfielder and made his Milan senior debut in a 1-1 draw at home to Hellas Verona in February of 2020. He boasts exceptional vision, being a playmaker despite his relative inexperience. He is a strong dribbler of the ball, boasting great control. When Paolo Maldini describes you as a ‘poet with the ball’, you know you’ve got something special about you, even if you’re his son.

It’s unlikely that he’s going to move on from the Rossoneri at any point, given the extent to which the club is in his family’s blood. The fact that he hasn’t been overawed either by having to make the step up to the senior team or having the Maldini name on the back of his shirt suggests that he’s destined for great things in the game. Whether he’ll be able to be part of returning the side to the top of the game remains to be seen, but he’s certainly one to watch.

Jürgen Klopp’s Liverpool team is one of the best on the planet, reaching back-to-back Champions League finals and winning one of them before going on to win the Premier League at a canter during the 2019-2020 season. You’d be forgiven for thinking that the German has achieved such success by turning to old hands at every opportunity, but he’s never been afraid of giving youth a chance and that can be seen in the presence of Curtis Jones in high-profile matches.

Aged just nineteen at the time of writing, born as he was in January of 2001, Jones displays a maturity on the pitch that belies his age. Not afraid to keep hold of the ball and run at opposition players, he is equally adept at getting back to help his defenders out when needed. Being a Scouser, Curtis Jones was always going to be given a degree of leeway by the supporters, but when he scored a goal in the EFL Cup to knock neighbours Everton out that was all but guaranteed.

The way in which Jürgen Klopp sets up his Liverpool team means that a lot of pressure is put on the midfield, yet the fact that he’s so willing to turn to Jones even in big games suggests that it’s not just where he was born that is causing him to get in the starting eleven. Having spent his footballing life playing for the Reds and dreaming of emulating his hero Stephen Gerrard by one day being Liverpool captain, there are few that have seen him play that would bet against it. 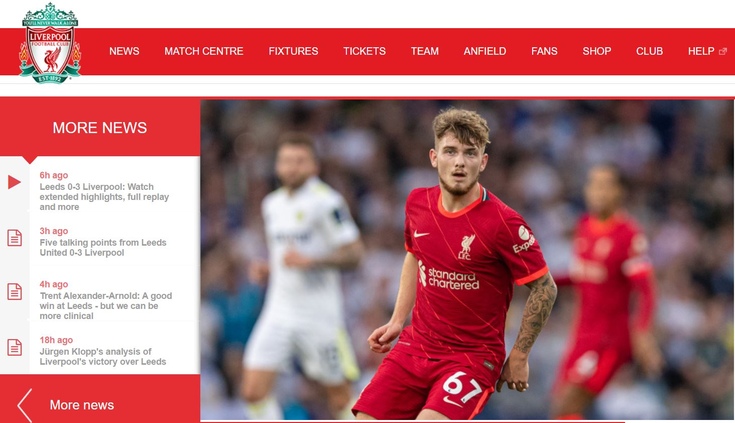 That there are two Liverpool players on this list goes some way to demonstrating how much faith the Merseyside club are putting in their young players to make it to the top. Harvey Elliott was born on the fourth of April 2003, meaning that he’s just seventeen at the time of writing. Yet he’s already made a number of appearances for the Reds in both the Premier League and cup competitions, heading out on loan to Blackburn Rovers for the 2020-2021 campaign.

For a club that has seen the likes of Raheem Sterling, Trent Alexander-Arnold and the aforementioned Curtis Jones come through its ranks, Liverpool know how to get the best out of burgeoning talent. He was signed to the Reds from Fulham in 2019, having turned down invitations to play for Real Madrid and Paris Saint-Germain. He was soon the talk of the northwest, with Liverpool fans spotting his talent almost as soon as he pulled on the shirt.

That someone so young is on this list shoes exactly how highly regarded he is by those in footballing circles, signing a professional contract with the club in July of 2020. He made his debut for Blackburn Rovers on the twenty-first of October 2020, scoring his first goal for the club in their Championship match against Coventry City just three days later. In terms of one to watch, Harvey Elliott sits close to the top of this list because of the pure talent the youngster boasts.

Born on the first of October 2001, Mason Greenwood is nineteen at the time of writing and yet has already scored enough goals for Manchester United to convince many that he is very much the real deal. He scored five goals in nine appearances during the club’s 2019-2020 Europa League campaign, scoring ten goals in thirty-nine league appearances up until now. Put simple, he’s a player that knows where the back of the net is and doesn’t mind finding it.

He was seventeen years and three hundred and fifty-three days old when he scored in the Europa League, becoming the Red Devils’ youngest ever European goalscorer. It was a goal that sent a message to the rest of football, even if the level of opposition wasn’t quite as high as some teams United will have faced over the years. He was also given his senior England debut by Gareth Southgate in September of 2020, proving how highly thought of he is.

He’s been involved with the Manchester United first-team since travelling to their pre-season tour of the United States of America in July of 2018, having progressed through the club’s development school in Halifax. Born in Bradford, he is seen as the future of Manchester United’s forward line, receiving the club’s Young Player Of The Year award at the end of the 2018-2019 campaign. That saw him move up to the first-team for the following campaign, where he’s likely to remain from now on.

Born on the eighteenth of June 2001, Brazilian Gabriel Martinelli is one of the most highly thought of young players at Arsenal. The Gunners have always been known for the faith that they’ve shown in young players, with the likes of Theo Walcott and Alex Oxlade-Chamberlain having come through the ranks at the Emirates over the years. Best known for his positional awareness, speed and goalscoring prowess, he’s likely to follow in their footsteps.

He grew up playing futsal for the Brazilian side Corinthians, with the street sport giving him a solid grounding in the skilful side of the game. There was interest from a number of Premier League clubs before the forward signed for Arsenal on the second of July 2019, soon being described by club coach and former legend Freddie Ljungberg as ‘like a Duracell bunny’. In the wake of Arsenal’s 5-5 draw with Liverpool in the EFL Cup, he also garnered praise from Jürgen Klopp.

The Liverpool manager, who knows something about youth talent if this list is to be believed, said that he was ‘the talent of the century’ and few would disagree with the German. The first figure to hit double-figures for Arsenal since Nicolas Anelka did so in the 1998-1999 season, he was described by Ronaldinho as being similar to another Brazilian in the form of Ronaldo. High praise indeed, plus a reason to keep a watchful eye on the Arsenal youngster as he progresses.